My daughter has thrown some pretty challenging questions my way lately and sometimes it’s hard to satisfy a curious little girl who’s trying hard to understand the world around her. After all, here I am with 30 years on Cora, trying hard to do the same.

A few weeks ago, shortly after the second anniversary of her baby brother’s death, she asked me a fairly innocent question. But it was a question I wasn’t quite ready to answer.

I was driving at the time and had stopped at the lights, so could see her inquisitive little face in the rearview mirror. While I felt out of my depth I managed a short reply: “Not anytime soon, you’re a young, healthy girl!” Or words to that effect.

She seemed content with the response. But I felt like I’d dodged this really important question. And I kept asking myself if I could have worded it in a better way or explained more about life and death. Only I’m not sure there’s a perfect way to reply to the big questions. Will I ever have all the “right” answers?

In the spirit of trying not to be too hard on myself (something I’m continually working on) I got to thinking that it was an honest and painless response. Probably just what an almost-four-year-old needed to hear.

Around the time of Harris’s second birthday this year, and before Cora’s recent fascination with death started, I came across a campaign for a book called These Precious Little People. Written by Frankie Brunker and illustrated by Gillian Gamble, it’s designed for children affected by the death of a baby during pregnancy or shortly after birth. 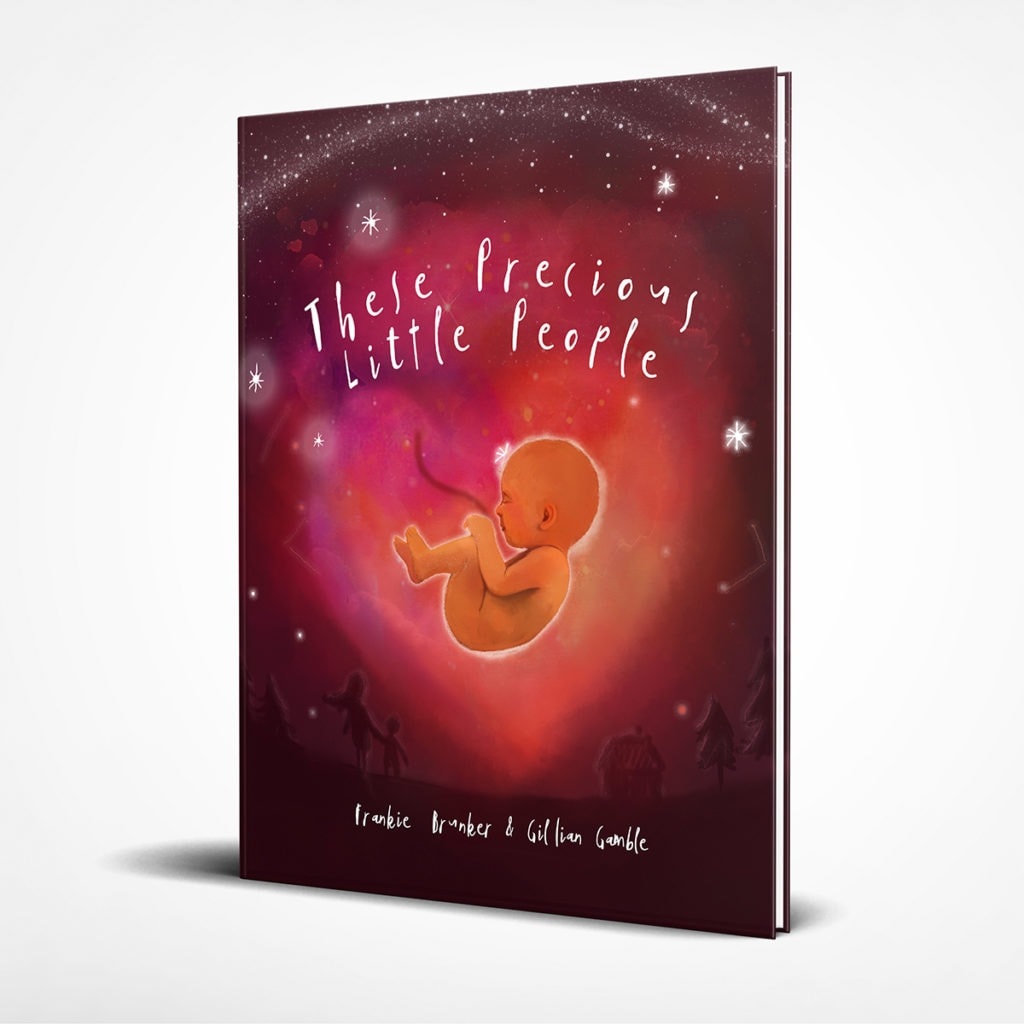 As far as I know, the book is the first of its kind and there’s nothing else in print that tackles the subject of explaining baby loss to a child, so I’ve pledged to support it. The contents, which I’ve had the pleasure of reading and seeing, explain death through rhyme and images in such a beautiful way, and they encourage talking and memory making. It’s so in touch with my own approach to parenting Cora and her many questions have highlighted the need for this ‘tool’, something that can support children at a time when grown-ups might struggle to find the words.

Frankie, the author of These Precious Little People, was kind enough to point me in the direction of a few other reads. Books that could help me with my conversations while she continues to raise the funds needed to publish her own title.

What Does Dead Mean? by Caroline Jay and Jenni Thomas looks at some of the ‘big’ questions children often ask about death and dying, and Lifetimes, by Bryan Mellonie, gently explains how all living things must die. Lifetimes is a really beautiful book and Cora enjoys looking at the pictures and learning about different animals and insects and their lifespans.

There’s also a recently printed book by Joseph Becker called Annabelle & Aiden: What Happens When We Die? and it was funded through Kickstarter in just one day, which is pretty incredible.

Books offer a good opportunity to start conversations. But I often try to draw on my own experiences when explaining life and death to Cora.

Much of this is shaped by my own childhood; the loss of my dad when I was just seven, which affected me most in my teens due to the nature of his death, and my granda in my twenties, a father figure who was a big part of my life when I was growing up. These losses have impacted upon me in different ways, but I’ve always tried to face up to what’s happened and talk about my feelings, and I think this has taught me the coping strategies I needed to tap into when my son died during pregnancy.

I’m still finding my way after the loss of Harris and I try to involve Cora as much as possible. And while there are times when I need to grieve alone, I have a responsibility to help my little girl understand that death and the feelings surrounding it are okay to talk about. I suppose this extends to our conversations in general, which, as mother and daughter, I hope will always be open and honest.

As a family, part of our grieving process has been to introduce memory making, something that was first encouraged on the day we left the hospital after I gave birth to Harris.

Simpson’s Memory Box Appeals (SiMBA) is a charity with a simple aim. To honour babies who have died, been stillborn or miscarried and to help gather timeless memories. And they gifted us with a small memory box, which we occasionally take the time to go through along with Harris’s other little things. For Cora, it’s a chance to fold his blankets, read cards with me and she might ask a question or two about who the gifts are from.

We also join SiMBA at an annual memorial event to release butterflies for all of our babies gone too soon, and SiMBA’s trees of tranquillity give us a quiet place to go at other times of the year. Mother’s Day and Father’s Day can be particularly hard, as well as Harris’s due date in December. But for us, the very act of honouring these little lives, regardless of the stage of pregnancy, make our thoughts and feelings much easier to process.

On Harris’s birthday, his special day, we enjoy some family time. It might be a trip to the beach or local gardens and we buy a balloon for Cora to release. I’ve found that the lead up to days like that is usually harder than the day itself and we usually have a lovely time. Bittersweet.

Sometimes, Cora might ask if she’s going to have another baby brother or sister, which is perhaps one of the harder conversations to have because I simply don’t know. So I just say “I hope so” or “maybe not”. And if she presses, I explain that not every family can have or even wants more babies. It’s important to me that Cora understands that every family is different, that there’s no “perfect” set up.

Of course, Cora doesn’t know the details of our losses, only that she did have a little brother. We’re choosing to leave that until she’s older, perhaps because it’s a part of our journey that isn’t complete, something I’m personally finding quite difficult to come to terms with. But also because I think it’s possibly too much for a little one to take in. A conversation for another day once we know what our future holds.

P.S. If you’re interested in learning more about how you can help a child cope with baby loss, whether it’s the loss of your own baby or a baby in the family, please do check out These Precious Little People. You can follow them on Instagram, Facebook and Twitter and you can pledge here.

Taking time for you after baby loss awareness week

When is enough, enough?

Hi, I’m Sarah, founder of Bide & Bloom, a blog about life after baby loss and a resource for secondary infertility and recurrent miscarriage. I also talk about mental health and self-care. Read more about me.